The First Canadian Parachute Battalion (also known as 1CanPara) was formed on 1 July 1942. The unit trained at Fort Benning, Georgia and at the parachute wing at Shilo, Manitoba. It fought through Europe with the 6th British Airborne Division. Its first operation was on D-Day and on 24 March 1945 the Battalion parachuted behind the Rhine. The Battalion won the following honours:

The First Canadian Parachute Battalion was Canada’s first airborne unit, having been formed on 1 July, 1942. It fought through Europe solely under British command with 6 (British) Airborne Division.

The use of airborne troops, which the Germans employed with conspicuous success when they invaded the Low Countries in May, 1940, was first considered, from the point of view of application to the Canadian war effort, in November 1940. Parachute training for Canadians and the possible formation of a parachute unit were related to the British decision to rise one “special service battalion”.

It was not until late 1941 that the idea of a Canadian parachute trained unit became a real possibility.

During the late summer of 1942, 25 officers, and 60 other ranks who had completed jump training at Ringway, England, returned to Canada. They underwent another four months parachute training in the United States at Fort Benning, Georgia, and the Parachute Training Wing at Shilo, Manitoba.

On 7 April, 1943 the War Committee authorized the incorporation of the battalion in a new British airborne division being formed in the United Kingdom. It arrived in Britain on 28 July. The battalion joined the 6th Airborne Division at Salisbury Plain and became a unit of the 3rd Parachute Brigade.

The battalion participated in D-Day on June 6, 1944. Through faulty navigation the battalion was dispersed over an area ten times as great as planned. In spite of this, all objectives were speedily attained. The battalion continued to fight in France until 7 September 1944 when it returned to Europe.

On Christmas Day, 1944, the battalion crossed the English Channel by ship for Ostend. It remained there until 18 January, 1945. Four days later, the battalion moved to Roggel, Holland where it held part of the line on the Maas. The battalion returned to the United Kingdom on 23 February, 1945.

On 24 March, 1945, the battalion were flown in thrity-five aircraft to parachute behind the Rhine. It was during this operation that Cpl Frederick J. Topham won the Victoria Cross. The Battalion met the Red Army on 2 May, 1945 at Wismar on the Baltic. 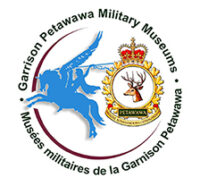